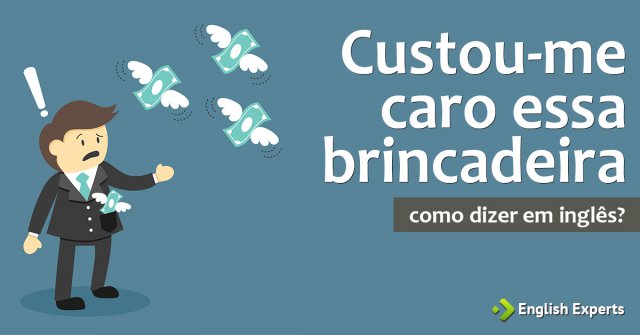 It cost me big bucks. (mais informal)
It cost me an arm and a leg.

PPAULO 56855 •6 •43 •1015 Top Posters - 26 Out 2016, 20:11
In fact I thought more in terms of having a costly lesson, not only about the money spent but the emotional component involved.
But the sentence stated in a way that doesn´t show the person is mad at that, that he/she genuinely thinks it was a painful lesson, but a valuable one just the same. It could create emphaty and compassion or even disdain/hatred/indifference but a lesson just the same.

Like in this example, a bit more dramatic but similar (the way the guy presents his account): penny-arcade.
Votar 0

Saiu-lhe cara a brincadeira - He had to face the music.