Her x Him: Como usar 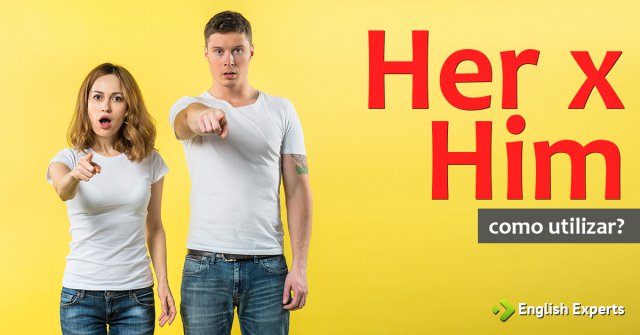 Me deparei com as duas frases a seguir:

Are the sentences correct?
Votar 0

They helped her.
Eles a ajudaram.
Votar 0

Unless there is, say, two individuals in the room (I am not counting with the one stating the sentence), and you are "specifying" in a ironic or sarcastic way:

Someone is holding money in her hand. (to illustrate the case, there´s only one "her" and I single her out here).

Again, the other way now:
Someone is holding money in his hand. (I make her one exception, so "it´s him" the one the is holding the money).
With that I could mean "I am no fool, I know that you hold the money, you the man in the room, see?

So, in such cases (with unspecified/neutral subject meant - it could be one or the other) I would say "someone is holding money in their left hand." which would mean either him or her with the money in question.

As "his" is to him, and "her" is used to refer to the feminine gender it could "she is holding money in her hand." (e.g. You are seeing her at a distance), and vice versa.
With the context at hand to avoid ambiguity, we can use the singular "they" (it is even advisable to do so).
Votar 1

)
In the same vein: "she and him" can be replaced by "they" (I am referring to the second sentence now).
I hope that somehow helps or that that (it) helps (somehow).