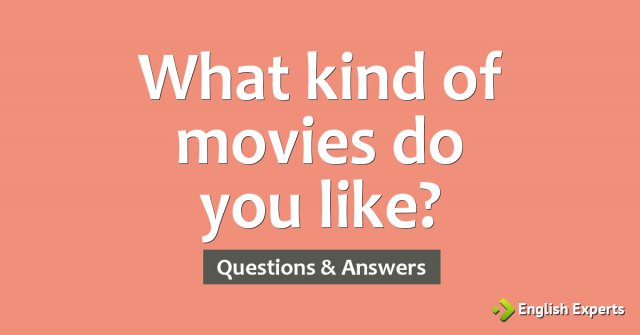 dnascimento 25 Fev 2010, 15:34
I like comedy, war, animated and action adventure movies. But I often like to watch romance movies with my girlfriend
Votar 0

I like films by Pedro Almodóvar and a lot of the French films.

what is needed is to be really GOOD...

Idk, any movie who seize me to the chair is welcome ^^
Votar 0

Lu Interact escreveu:I don't like American films, they are too predictable and so far from reality.

I like films by Pedro Almodóvar and a lot of the French films.

I wonder how many people would agree with you. The top box office hits have been American films. Hollywood is the most imitated movie industry and the movie capital of the world. Movie going audiences in different countries react differently to the same scenes in a movie. Sometimes where people of one nationality will cry, nationals of another country aren't moved. Likewise, audiences percieve humor differently. Germans laugh at things that Americans do not find funny and vice versa.
Votar 0

Gustavo Dias 25 Top Posters - 09 Abr 2010, 18:51
I like Animation, Comedy and some Adventures films. I like a lot to watch a movie in each night of weekends before going to sleep...

Comedy:
-RV
-Bedtime stories
-Night at the Museum 2
-Alvin and the Chipminks 1 and 2 (xD)

Adventure:
-Avatar
-The Chronicles of Narnia: The Lion, The Witch and The Wardrobe

I I'd like to say that, besides I watch in Portuguese, I like to pratice wathing in English (to study languages), and now I began with Spanish...
Votar 0

Jessy 60 •1 26 Mai 2010, 18:03
Well, I LOVE movies!!! It's a hobby of mine!
I'm a Johnny Depp fan, and I like movies directed by Tim Burton (Alice in Wonderland, Sweeney Todd, Charlie and the chocolate factory)!!!
I usually watch adventures, thrillers, fantasy and comedy movies. ^^
I also love TV series like: Supernatural, Lost and Dr. House! xD
Votar 0

Logan18 30 Top Posters - 27 Mai 2010, 10:00
I like comedy, romance, thriller and war films. Lately I haven't watched many movies and either gone to the movies.
I prefer stay in my home watching some tv series like, Supernatural, The Vampire Diaries and Lost.
Votar 0

w.slayman 110 Native Speaker - 03 Jun 2010, 21:05
My favorite types of movies all have one thing in common, they must be a comedy or have a plausible plot and story line, based on the era in which they were made. With the exception of horror movies I can enjoy a well made motion picture of any genre from the era of the silent films to the modern three dimension.

Some of my favorite movies are, in no particular order, Sgt. York, A Tale of Two Cities, Doctor Zivago, Bridge Over the River Kwai, Gone With The Wind, The Sound of Music, 2001 A Space Odessy, Avatar, To Hell and Back, The Longest Day, Saving Private Ryan, Alvin and the Chimpmunks, Tora-Tora-Tora, Patton, Star Wars, Star Trek, and my all time favorite, The Japanese Language Version of Shogun.

Of course I can go to any movie as long as my Bride is with me, I can then enjoy what ever she chose, even a romance or romantic comedy.
Votar 0

How about this rewrite,

I don't like horror movies, but I do like science fiction, romance, amimated and comedy movies.
Votar 0

ailime 80 •1 Top Posters - 06 Jul 2010, 07:23
I like all kind of movies, except terror movies.
I liked very much "Pan`s Labyrinth" a Mexican movie dirtected by Guillermo del Toro, it is a thrilling and a sort of fairy tale for grown-ups; fantasy and horror take place throughout the plot making us scary, but yet we can not take eyes off it. At the end, when the credits roll you keep on thinking about the plot, if it was just girl`s imagination or not.
Votar 0

ailime escreveu:I like all kind of movies, except terror movies.
I liked very much "Pan`s Labyrinth" a Mexican movie dirtected by Guillermo del Toro, it is a thrilling and a sort of fairy tale for grown-ups; fantasy and horror take place throughout the plot making us scary, but yet we can not take eyes off it. At the end, when the credits roll you keep on thinking about the plot, if it was just girl`s imagination or not.

If you so desire, you may check out this rewrite.

I like all kinds of movies, except horror movies.

However, I was particularly fond of "Pan's Labyrinth" a Mexican movie directed by Guillermo del Toro. It is a fairy tale type of thriller made for adults with fantasy and horror embedded throughout the plot keeping us in our seats with our eyes firmly on the screen, despite being very scared. When the movie ended and the credits were rolling we kept thinking about the plot and trying to decide if the movie was real or just a girl's imagination.
Votar 0
MENSAGEM PATROCINADA Você sabe falar sobre situações no futuro em inglês? Faça o download do guia O Futuro em Inglês da English Live. Entre outras dicas você aprenderá as formas do futuro: afirmativa, interrogativa e negativa.