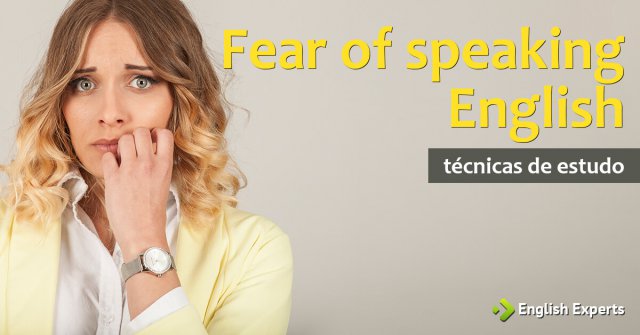 In my personal encounters with Brazilians in the United States and especially in my travels to Brazil, I have noticed an apparent reluctance to conversationally engage in English with native speakers of English. While this phenomenon is common with many other nationalities, I am going to focus on Brazilians because this forum is primarily directed at Brazilians and my most recent experiences are with Brazilians.

I will expound on several examples of this perceived reluctance or fear that I have personally been involved with, starting with Junior, my brother in law. Junior is a well educated man who has a degree in computer engineering, but when I first met Junior and asked him “Voce fala Ingles?”, he replied with the very common “So so.”. Upon meeting one of my nieces, who is a medical doctor I received the same reply. A friend of my wife, who teaches English, gave a better, but still confusing reply of “A little.”. I was beginning to think that I was not from the United States and speaking English, but that I was from Mars and speaking Martian gibberish.

After a ruminating on this problem for a considerable amount of time I realized that I was actually intimidating all of these people with what they erroneously perceived as perfect English. Upon reaching this conclusion I rapidly developed the theory that my new friends and relatives were afraid of being embarrassed by their; accent, poor pronunciation, improper construction, or poor selection of words. I then vowed to try and understand what they meant rather than what they were literally saying, to never ridicule or laugh at them for errors in English, offer gentle suggestions to improve their English and most importantly to always to emphasize that their English is much better than my Portuguese. To my surprise it worked and all of them opened up and started to speak English to me, even with an English class that I was invited to talk to, by my wife’s friend.

In my humble opinion the only way to correct this problem is to speak English at every opportunity, especially with a native English speaker. In order to accomplish this, one must seek out places and times to practice your English while; never becoming discouraged, accepting any criticism gracefully, and learning from any suggestions. Remember, a non native speaker will probably always have at least a slight accent, which most Americans will find exotic and delightfully fascinating, therefore you have little to worry about.

If any of my friends on English Experts feel uneasy about speaking English to an American native English speaker you need to put away your fears, then go ahead and talk. My professor of public speaking taught me a humorous aside and a secret tool; if one is speaking to a group you can imagine that the individuals (Americans in this case) are nude, and in your mind, but never out loud, laugh at them, because it is impossible to be intimidated by someone who you are laughing at. Above all do not let fear dictate any of your actions.

Words to improve your vocabulary