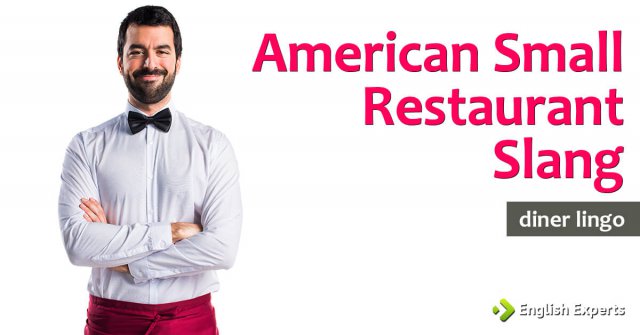 As a child growing up in America during the 1940’s and 1950’s one of my favorite treats was going to the local diner for a meal. Every town in America had at least one diner, which is a small restaurant (about 4 meters deep and often resembling a railroad dining car) where the customers sit at a counter on stools, and the food preparation is done behind the counter most often against the far wall. The two to four waitresses and one to three cooks work in the same very confined space, serving relatively simple wholesome food that can be cooked to order quickly, on a griddle or in a skillet.

The waitresses and cooks communicate in a special “lingo”, or language made up of mnemonic devices, which allows the staff to serve a large number of customers in a short period of time. In most cases the orders are not written down for the cooks, who start cooking the food and placing markers on the plates as soon as the waitress call out the order in a very loud voice. This “lingo” is part of the charm of the diner, and is gradually being lost along with the diners, as they are replaced with McDonalds, Burger Kings, and other fast food restaurants. “Diner Lingo” is virtually unknown outside the USA, some phrases are tongue-in-cheek, some are humorous, some are ribald and all are effective. While the actual phrases used vary from diner to diner, all use some. The following is a list of a few of these phrases. I hope you enjoy reading about this small part of America. (A quiz follows.)

For fun translate these into English from Diner Lingo:

For many more see: