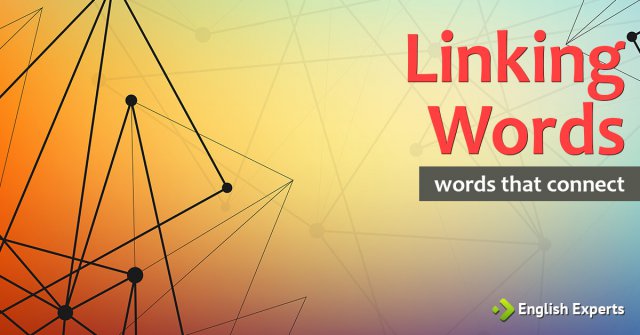 In English there are seven main groups of linking words and they are used to; first Give Examples, second Add Information, third Summarize, fourth Sequence Ideas, fifth Give a Reason, sixth Give a Result and seventh Contrast Ideas. I will divide this posting into two segments due to the length of the subject matter.

These phrases are normally used at the beginning of a sentence to indicate that we are tying up a thought or thoughts with a summary, such as: “In summary (or any other phrase, above), to this point we have discussed linking words that, give examples, add information, and summarize ideas.”

Firstly, secondly, and finally are good ways to list ideas, note that thirdly, fourthly etc. are not normally acceptable, instead try using the first point, the second point, the third point, … and the last point.

The following is a good way to introduce a list, for example; “The following supplies are required for this course, one compass, one pair of dividers, one straight edge, one set of drafting triangles, and one mechanical drafting pencil”.

Due to the length of this subject I have decided to divide it into two separate posts on the Blog pages. Please check back latter for the followings sub-subjects: Giving a Reason, Giving a Result and Contrasting Ideas, as well as a list of links for more study.