Introduction: Around the World in 80 Years 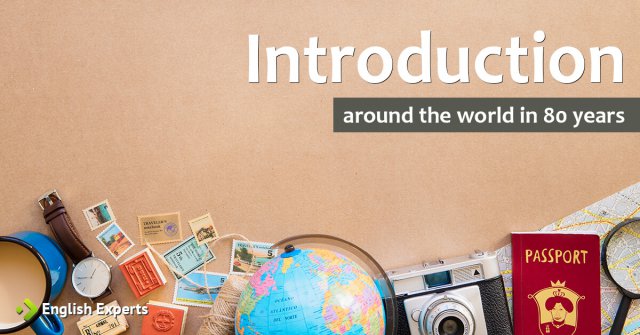 Hey guys! Alessandro already mentioned me briefly in a previous post, and he was gracious enough to invite me as a regular guest contributor. It will be my pleasure to share some of what I’ve learned on my travels with you, and I hope you’ll take a minute to join the discussion on the forum as well… if you have any comments or questions, that’s the best place to get in touch.

This article will kick off a weekly series about my travels around the world (and about learning languages, of course) – but first, let me say a few words to introduce myself.

My name is Frank Florida, and I’m a so-called “perpetual traveler” – the modern version of a nomad. I’ve been traveling the world for eleven years, and I intend to keep traveling for the rest of my life.

So far, I’ve been to over 300 cities in 50 countries, and I’m in South East Asia at the moment… I’ve also been to your beautiful country of Brazil five times, and I speak Portuguese. I actually hope to visit Brazil again later this year, it’s one of my favorite places in the world.

The funny thing is – it was never my intention to travel the *whole* world. I really just wanted to spend some time in Ecuador, because my family has a lot of friends from Guayaquil… and so I first went to South America when I was 16.

Once I had a taste of traveling though, I wanted more… and so I moved to the United States and attended an American High School, as part of one of those exchange programs that are so popular in Brazil as well.

I had an amazing experience, I finally perfected my English and made a lot of new friends there. The only problem was – traveling can be very addictive!

In fact, I now sometimes joke that nobody should travel for more than 12 months if they ever hope to readapt to life back home…

I’ve met many travelers who were able to readjust to their old routine after about a year on the road… but anybody who stays out longer than that seems to get hopelessly addicted to the freedom this life style has to offer.

Next to traveling, my biggest passion in life is learning new languages. Even though I have Italian and French background, I grew up speaking nothing but German – but I always wanted to see more of the world, and so I decided to learn as many languages as possible.

I’m now pretty much functionally native in English, German, Portuguese and Spanish. I’m pretty fluent in French and Indonesian, and I can hold my own in Italian and Malay. I also know some rudimentary basics of Japanese, Filipino, Dutch and Chinese, but I wouldn’t say that I really “speak” any of those four.

I enjoy teaching languages as much as I like learning them, and so I started working as a language teacher when I was 13… that was in 1994, so I’ve been teaching languages (English, Portuguese, Spanish, German and French) for some 18 years now.

And so of course I wanted to get a degree in education, but I was determined not to get stuck in a college back home… I wanted to complete my studies while traveling.

Fortunately, I found a university that allowed me to complete all my semesters abroad, and I finally completed my last two semesters in Australia.

Anyway, this post was just meant as a brief introduction for this series… I will say that life on the road is not always easy, and there have certainly been hard times.

It can be tough sometimes, trying to make a living in a foreign country where you don’t know anybody and where you don’t speak the language yet… but I’ll also say that the good times more than make up for any hardship you might encounter, and I can’t recommend this life style enough.

In the next edition of “Around the World in 80 Years”, I will answer the question people ask me most frequently:
“You say you weren’t born rich – how can you afford to travel so much… what’s your secret?”

I will share this secret with you next week, so stay tuned… until then, happy studies and I hope to see you on the forum!