Danger on the Road: Around the World in 80 Years 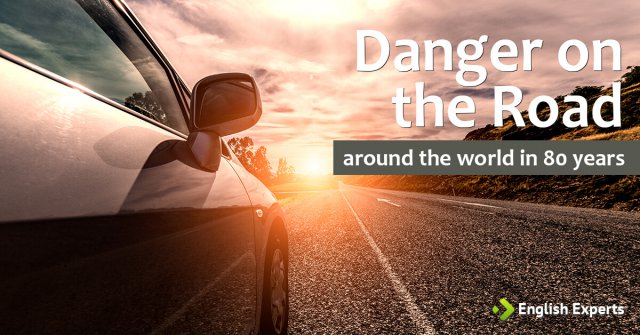 It was 5 am on a Tuesday morning… The streets were dark, and all the lights were out. There was nobody to be seen anywhere… No cars or people, only dark, ramshackle houses that from the looks of it may have been abandoned. The only person in sight was the tall, overweight Nicaraguan man standing next to me… Yelling at me in Spanish:

Unlike the day I ran into the meditator in my hotel in Chiang Mai, this was not just a misunderstanding… He had a knife at my throat, and from the crazed look in his eyes I wasn’t sure if he was an insane person, on drugs or simply incredibly violent by nature.

Apparently, my mum had been right… Traveling could be dangerous, at times. Of course I always take all the usual precautions… Avoiding dark areas in big cities, wearing simple clothes in dangerous countries, and never flashing money or any other valuables in public. But in twelve years of non-stop traffic in all corners of the globe, the law of averages can eventually catch up to one.

But let’s back up a bit… I had actually just spent a very pleasant week with my friend Graham in León, the capital of Nicaragua. Graham is a professional photographer from Seattle and a good friend of mine… He traveled from Alaska to Patagonia with his camera, taking breathtaking pictures of the landscapes and people he encountered on the way. After a week, I continued my trip to Managua, the capital of the country… While he stayed behind, waiting for a camera lens to arrive in the mail.

Unfortunately, Managua made a less friendly impression on me than León… And in fact, locals told us we should never walk the streets after dark. Downtown, it wasn’t advisable to wander around at all… Not even during the day, and not even in groups.

Apparently, gangs comb the streets in large groups… They carry machine guns and if you should be unfortunate enough to run into them, they won’t just take your money… They will take your clothes as well, leaving you to head back to your hotel naked.

Now, I consider myself relatively adventurous, but that’s just not my kind of place… So I got up at 4.30 am the next morning to be at the bus station before 5 and to buy a ticket for the 6 am bus to San Jose, the capital of Costa Rica. But no such luck… not only were the tickets sold out, there was also a long wait list. So I decide to take a cab to another bus terminal that would take me only to the boarder, and travel onward from there myself. And of course I decide to take a taxi, just to be safe… I don’t want to risk getting held up, right?

As I leave the bus station, I see a totally battered and messed up taxi and think to myself… no way, I’m not getting in THAT cab. I walk up to a nice, new taxi instead and chat up the guy standing next to it. We agree on a price, and he grabs my bag and throws it into the trunk… of the battered taxi.

For a second I thought about protesting, but there were no other drivers around, and I heard him calling out to the people selling food in front of the bus station. “Hey guys I’ll be back in a bit”, he said. So I figured if he’s part of the people working there every day, he should be fine to go with, and I hopped into the cab.

In all my years on the road, this must have been the worst car I’ve ever driven in. In fact it looked as if it had been on fire at one point. It was squeaking and screeching, and I just kept thinking… any moment now, this thing is going to fall apart. And that’s when it hit me… I suddenly had a very, very bad feeling about this situation. It was a very strong premonition… it was more than just the THOUGHT that something was wrong… I KNEW.

But the driver distracted me from my thoughts as he started to make small talk with me. He asked me where I was from, and what I was doing in Nicaragua? Something was off though… there was something NQR (Not Quite Right) about him, as the saying goes. And as I’m still thinking that thought, he pulls into a dead end street and gets out of the car…

I got somewhat nervous at this point, but as it turned out, he had just left the car to work on one of the wheels with some wire. Nevertheless, I decided to get out of this situation. I just didn’t trust him. I tried to open the door, but I found that it was locked from the outside… And it could not be opened from the inside of the car. Now, when I was 18, I had a car just like that, so I was quick enough on my feet to roll down the window to open the door from the outside. But it was still dark, and there were no people anywhere… and definitely no other taxis.

The driver noticed me opening the door and said: “Wait, just 5 minutes… please”. He sounded like he really didn’t want to lose me as a customer, and so I figured, hey – don’t be paranoid. People are very poor in this country, maybe I should really support this fella if he can’t even afford a better car. As I was still thinking these thoughts and with no other taxis in the vicinity, the driver returned to the car and we were back on the road.

The car wasn’t rattling as badly as before anymore… And it seemed like everything was cool. I breathed a sigh of relief, as we continued on our way to the bus station.

Not a minute later, he asked me where I was from a second time. That was the first time I started to think he must be some sort of crazy person… and next thing I know, he pulls over in a dark empty side street again and gets out of this car. Only this time, it wasn’t to fix the car. My window was still open, and so he positioned himself next to me, blocking the car door with his body so it couldn’t be opened, and put a knife to my throat…

And one thing I really need to learn to do better… is to keep my articles a bit shorter. This is about to turn into a book! So I’m going to have to leave the rest of the story for next time. I apologize for the cliff hanger, but I’ll write the conclusion of this story in just a couple of days, along with some tips on how to stay safe on the road. He did NOT get my money… so stay tuned for the next post, and I’ll tell you how I pulled that off.

Have you ever been held up before? Have you been robbed in the street, at knife point or maybe even at gun point? Leave me a comment below and let me know what happened, how you dealt with it and what you do to protect yourself from these kinds of bad situations… I’m really curious!

Until very soon,
Your friend –

Around the World in 80 Years in English