Danger on the Road (Part 2): Around the World in 80 Years 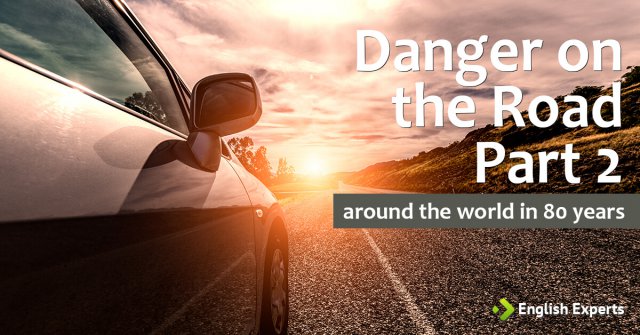 Hey guys! I left you on a real cliff hanger with my last article, stuck in a battered taxi with a knife at my throat… somewhere in a dark alley in Nicaragua. Let me close that open loop for you today.

After the taxi driver threatened to kill me and asked me for all my money, I was certain of only one thing… I was not about to put his resolve to the test! At the same time, as a seasoned traveling veteran, I still had a couple of tricks up my sleeve… And he was not about to get all my possessions off me quite so easily.

So if you ever find yourself in a dangerous city on the road, here are some things you can do to protect yourself:

1. Have a decoy wallet on you. Keep your real wallet hidden somewhere, and carry a second wallet in your pocket in case you get held up. That way, you can show that wallet to the thief and hand over its contents (or heck, the entire wallet), without losing an arm and a leg (metaphorically speaking, hopefully!)

2. Keep your most valuable stuff in a money belt… things like your passport, your credit cards, and other important documents such as travel insurance papers. If you’re really savvy (or if you’re traveling in a really dangerous area), you might even have two money belts… With one of the two serving as a decoy (see item 1).

3. It’s also wise to make copies of all of your documents before you take off, or even better, scan them and save them online somewhere. That way, you can access them later to have them replaced quickly.

4. If you travel with a laptop or other electronics, you’re probably more concerned about losing the data on those devices than you are with their material value. I’m using a software called www.carbonite.com to keep an automatic backup of everything on my computer. Even if I should ever get jacked and lose my laptop, I’ll be able to restore all my files to a new computer instantly.

5. Distribute your valuables as much as possible. Don’t keep everything in the same pocket… If you have two backpacks, a jacket and a pair of jeans, put some of your money in each of those places. That way you might just lose part of your possessions.

6. Keep all important information handy in your email account, such as the phone number of your credit card hotline in case you need to have it blocked, as well as travel insurance hotlines and the number of your country’s embassy.

Since I take all these precautions, I was most worried about one item in my backpack that I did not want to lose at almost any cost… one item that was worth more to me than my money, my credit cards, my passport and my electronics. It was an item that would have been very difficult to replace: I was working my way from country to country as a musician at the time, and so I was carrying a large collection of music sheets with me.

After the taxi driver had picked up the contents of my decoy wallet and my decoy money belt, he told me to leave my bags in the car and run away. But since my music sheets were my livelihood, that was more than I was willing to give up… And I told him so, while maneuvering my bags between the two of us.

But then, something surprising happened… He agreed to let me keep my bags. I’m not sure whether he was worried that I’d fight him over the backpack, or whether he thought that he’d already gotten the jackpot with my money belt.

In any case, that was the end of our encounter, and I made my way to the next main street as fast as my feet would carry me. The first taxi driver I encountered asked me what in the world I was doing in this neighborhood… He said it was a dangerous area, and I shouldn’t be there. Haa… thanks for the heads up, mate! I told him what had happened, and he said it was a miracle that I’m still alive.

As it turned out though, what happened to me was not an uncommon occurrence in Nicaragua. At the border to Costa Rica, I ran into an expat who told me that there had been 400 similar incidences of Manágua cab drivers holding up passengers in the past two weeks alone. I have since learned to never travel in dangerous countries before the sun comes up… not even by taxi.

As I was sitting on the bus to San José, my next destination, I started to reconsider whether I really wanted to spend a lot more time in Central America. Despite having gotten off lightly, I was still a bit shaken up. Not the kind of adventure I’m usually looking for on my travels!

That said, I have found one common pattern with most of the problems I run into from time to time: in retrospect, it could have been avoided. I could have listened to my gut and not gotten into that old taxi. I could have waited until the sun came up to go to the bus station. Or I could have booked a ticket ahead of time, to get on one of those buses to the border right away.

So be safe on the road, and if you ever come out this way to Asia (where I’m currently traveling), you will find that safety is one of the greatest perks out here… There is practically no violent crime in most of these countries. It’s truly something amazing.

I’ll talk to you again soon, and feel free to reply to this post or if you have any comments or questions…

My best to you all,

Around the World in 80 Years in English