The Origin of the Phrasal Verb 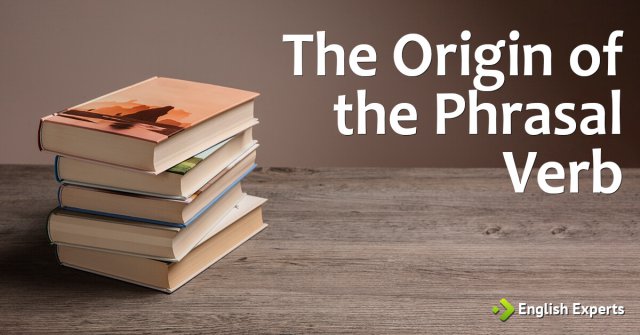 Samuel Johnson was a distinguished 18th century English author who, in 1755, published the Dictionary of the English Language. In the preface he wrote:

“There is another kind of composition more frequent in our language than perhaps in any other, from which arises to foreigners the greatest difficulty. We modify the signification of many words by a particle subjoined…”

Dr. Johnson was one of the first lexicographers to pay close attention to what is referred to in Modern English as the phrasal verb; and he couldn’t have been any more accurate in stressing just how frequently we use them, and how dumbfounded foreigners are by them.

I’ve had quite a few students in my years of teaching English ask me if there is a trick to learning them, to which I have responded, “If there is I haven’t discovered it and if you find one, please let me know”. One day, though, an advanced student of mine asked me something I myself had never pondered: where do phrasal verbs come from? Why do they exist if there are already perfectly good single-word verbs that possess the same meaning? I really had no retort for him, but I became obsessed in finding the answer.

The search delivered me to various sites whose material was long and dry, but from which I was able to gain some sort of insight. I’ll try to make what I found short and interesting for you.

Apparently phrasal verbs have been present in the English language for centuries. Their ancestors can be found in Old English (mid 5th century to mid 12th) in the form of a prefix verb, meaning the particle always came attached to the verb as a prefix. Post verbal particles did exist; however they were relegated to stressing only direction, place, or physical orientation, as in “to grow up(ward)” (direction) or “to stand by” (place).

Many shifts and influences occurred in the English language which gave rise to the use of the phrasal verb during its Middle English phase. By late Middle English there were a myriad of phrasal verbs in different forms, from “understand” and “overtake” (remnants of Old English) to “take up” and “write-off”.

By early Modern English (late 15th century to mid 17th) phrasal verbs had exploded onto the scene. This is evident in the works of Shakespeare who employed them widely throughout his plays. In fact they were used quite extensively in dramatic texts from this time due to their varying shades of meaning and capacity to form new idioms. Their Latin or Old English based single-word verb roots were delegated to essays and academic writing, i.e. more formal works; a rule of thumb that exists until today.

To give you an example, the phrasal verb “to break up” is synonymous with the Latin based verb “to destroy”. Whereas “to destroy” is somewhat limited to its literal meaning, which is to ruin or demolish something completely, “to break up” has various shades of meaning, from taking something apart to ending a relationship.

Over the last four hundred years phrasal verbs have truly fixed themselves in colloquial English. However have no fear, English hasn’t abandoned its perfectly good single-word verbs…they’re just not as fun to use!