The Tale of a Learner 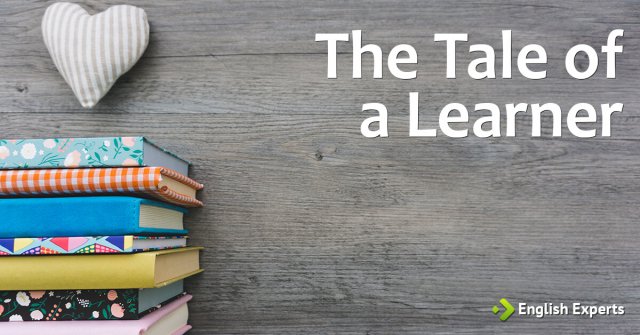 Marcos was intrigued. He knew already that in order to achieve some goals in life one has to work hard. He also knew that it takes determination to learn a language and move from one stage to the other. But coming across people who knew more was discouraging.

He made incredible progress. Marcos was now the best student of his classroom. No one could speak English the way he did. He excelled. Even the English teacher got embarrassed a few times when Marcos asked some tricky questions. That year passed and another year came. Marcos was still the best in the class. He loved being asked questions and being considered an expert. Who would not love it?

In that first week, a new student was introduced to the group. Robin had just arrived from the States and could also speak Portuguese, as his mum was Brazilian. He also had a good Spanish as his previous neighbourhood was full of Spaniards.

The sensation of a guy who could speak three languages and came from the States was too much for Marcos. He felt threatened and jealous. However, he believed, Robin was just a novelty. He would pass.

Not so. Robin was exempt from English classes at school, but his name was mentioned all the time. He remained popular during that year and, to make matters worse for Marcos, Robin volunteered to help the community centre near the school by giving free English lessons.

In the middle of the year the English teacher went on medical leave. A new English teacher was hired. Beto was so calm, confident and friendly that you could not but love the guy. And that is what happened to the school.

Beto was young and energetic. He had lived in London for a good while and had been polishing his English with a Canadian family down the road. Marcos and Beto hit it off. Mark was feeling upset and Beto wanted to encourage him. Beto knew about the jealousy of Robin and remembered his early years learning English and how competitive he was.

Beto invited Marcos to be his helper during the English classes. Not everyone was fond of the idea. However, Marcos saw it as an opportunity of regaining respect and attention.
Marcos showed a remarkable change in his behaviour. He was patient with the students and helped Beto with small tasks. For the first time he started to understand how fun learning can be when you use what you know to help others.

Meanwhile Robin’s dad received a good proposal from a company in the States. Robin and his family were moving back to US in a couple of weeks. The community centre was preparing a party for Robin and his family.
Marcos and Beto went to the party.
When Robin saw Marcos he went to talk to him.

Robin: ‘Hi Marcos, how is it going?’
Marcos: ‘I’m good and you?’
Robin: ‘I was thinking today about the free classes here. You may know that people come from other parts of the town just for the classes.’
Marcos: ‘Really?’
Robin: ‘Yeah. I would love to know that the classes are not going to stop. My supervisor asked me if I knew someone able to take over. Would you like to help?’
Marcos: ‘Why are you asking me? Maybe Beto would be the best person to do that.’
Robin: ‘Well, he has the school and teaches in another course in the evenings. A student would be more suitable for the centre as it is a voluntary work.’
On the other side of the room Marcos looked at Beto who waved at him. He looked at that guy and looked back to Robin.
‘I think I can help. Yes, I can.’

Marcos missed Robin. Fortunately, they kept in contact by email and Skype. Now in his last year of high school Marcos is planning to spend some time in US, probably staying in Robin’s house. He just has to find someone else to replace him in the community centre.

Here are some lessons to learn about learning:

It is about learning from those who know more; it is about helping those who want to learn what you already know and learn more from that. Just do not forget to have fun and enjoy the journey.