Videos: Around the World in 80 Years 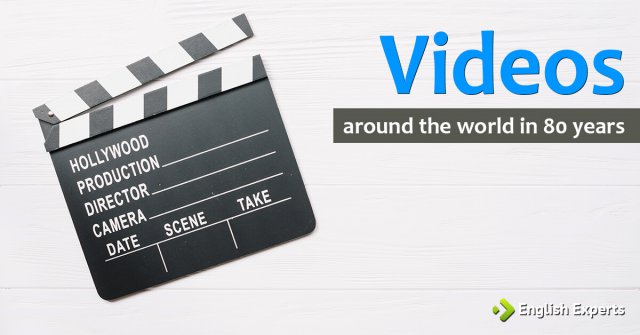 Hey guys! One of the requests I’ve been getting from some of you was for more pictures of my travels – and today, I’ll do you one better than that and show you some videos of different places I’ve been to in the last couple of months. In fact, I shot a little video in Hong Kong last week before coming back to Manila… and the feeling of freedom, of just hopping from one country to another, is simply indescribable.

When I was still a teenager and always stayed in the same place, I already anticipated that feeling of freedom… and there were a couple of movies that gave me inspiration in the early days. Movies such as “Chocolat”, in which Vianne roams from country to country, setting up her chocolaterie in each place for a couple of months before moving on… and in which the gypsy Roux moves from town to town on his own river boat.

Another more recent movie that really captures that feeling of freedom is “Up In The Air” with George Clooney… you see, for some reason I have always loved airports. Being in a place and knowing that I could just go up to any counter and choose any destination and then wake up in any city of my choice the very next morning is simply amazing. Or to quote the protagonist from the movie: “All the things you probably hate about travelling – the recycled air, the artificial lighting, the digital juice dispensers, the cheap sushi – are warm reminders that I’m home.”

And then there is the movie Titanic… in which Jack travels across an Ocean among the riches people in the world, even though he doesn’t have a lot of money himself… my favorite quote from that one is probably: “I got everything I need right here with me. I got air in my lungs, a few blank sheets of paper. I mean, I love waking up in the morning not knowing what’s gonna happen or, who I’m gonna meet, where I’m gonna wind up. Just the other night I was sleeping under a bridge and now here I am on the grandest ship in the world having champagne with you fine people. I figure life’s a gift and I don’t intend on wasting it. You don’t know what hand you’re gonna get dealt next. You learn to take life as it comes at you… to make each day count.”

I have made the same experience as Jack many times… As I mentioned before, I don’t come from a wealthy family and I have to find ways to work my way around the world and look out for myself… but from time to time, you get into these kinds of situations when you meet new people every day… and I have had dinner with the Sheiks of Arabia, with billionaires and even with Royalty… Maybe I’ll tell you a bit more about that in my next article, and about some of the lessons I’ve learned from that.

But first, I’d like to give you a peak into this life, and what it’s REALLY like… I mean, Hollywood movies are nice, but they’re still fiction – what’s it really like to be on the road?

You see, since I started contributing to the blog and the forum a couple of months ago, I have been to seven different countries (to be precise, I’ve visited the cities of Manila, Saigon, MuiNe, Phan Thiet, Phnom Penh, Sihanoukville, Jomtien, Chiang Mai, Udon Thani, Vientiane, Kuala Lumpur, Cainta, Clark, Mandaluyong, Makati and Hong Kong)… however, I travel without a photo camera!

I know that sounds crazy… but the darn thing got stolen in Sumatra a couple of years ago, and just like I discussed in the article about minimalist living, I realized that I didn’t really miss it. What’s more, I also noticed that I rarely look at pictures of past travels… mostly because I’m always traveling RIGHT NOW.

What I do have, however, is a little VIDEO camera… and so I started shooting some videos for you guys and posting them on my “Diário de Bordo” on the Forum… if you’d like to follow my travels a bit or just have a conversation about roaming the planet, that’s the best place to get in touch.

The first video I shot on a beach in Vietnam… and it was originally meant for some of my close friends only. I never had any intention of publishing it, so this is the first take and completely uncut… but my friend Pete told me that I should publish it. He said if people can see the kind of life-style you can have if you speak languages, it might really motivate them and help them to study more… and so I decided to go ahead and let you in on my life a little bit.

Vietnam is a true paradise and very, very cheap – you just can’t beat 10$ a night for a room in a resort, with air con, very fast wireless internet, flat screen TV, queen size bed and a private bathroom… RIGHT at the beach. South East Asia is really an amazing place… And then the second video I’d like to show you today is one that I shot only last week, check it out:

I’m totally in love with Hong Kong, so if you’re there in 2013, drop me a line… I’m sure you’ll find me there at some point. What a vibrant city… the energy of the place is simply amazing, and I’ve found people to be incredibly friendly there.

I’m running out of space here again, but there is lots more to come… in two weeks, I will fly to the United States and spend some time in Phoenix, Scottsdale, San Francisco, Oakland, Orange County, Oceanside and Los Angeles, before heading back to Asia in early December… so I’ll be posting about those trips on the forum, and I’ll be uploading further videos as well.

I’ll also be meeting Adir over there, so maybe the two of us can make a video together at the Golden Gate Bridge or something.

Leave me a comment below and let me know what you think… I’m always happy to year from ya, and of course, join the conversation on the forum as well… and in the next post, I’ll tell you about some of the most interesting people I’ve met on the road… so stay tuned for that!

Until then, my best to you all…