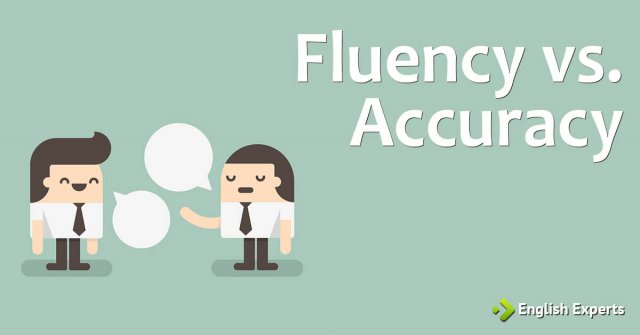 Despite the fact that I had spent two years learning Latin and seven learning Spanish when I was growing up, I had never contemplated whether fluency in a language equaled accuracy until I moved to Brazil. It was teaching English that led me to start thinking about this.

I remember in my early days of teaching being confused by some of my intermediate and advanced students’ desires to become “fluent” in English. They were perfectly capable of holding a conversation, and they had no problem understanding me. In my book that meant fluency. However apparently for them fluency meant making no mistakes.

I began to understand this desire as I gained more fluency in Portuguese. I found myself sometimes avoiding conversations not because I was afraid I couldn’t get my point across, but because I would make a mistake. People would compliment me on my Portuguese, I would hear my friends tell others that I was fluent, yet I still hesitated before speaking. I felt like my students, wanting desperately to speak Portuguese accurately; otherwise I couldn’t consider myself fluent.

This begs the question…if fluency in a language equals speaking it accurately, that is, with no mistakes, then is anyone fluent, in any language? I mean, as much as I’d like to think that I, as a native speaker of English and as a teacher of this language, speak English perfectly, do I? In fact, I sometimes feel like I’m just as much a learner as my students are.

What are the ingredients that make up fluency when speaking another language? Do you translate in your mind what a person says as he or she is saying it? Do you find yourself getting lost in a conversation with more than one person? Do people give you a blank stare when you speak to them? If you’ve answered no to these questions, then I would say you’re fluent. In my opinion accuracy is just an optional ingredient of the many that distinguish fluency.

Writing fluently in another language, on the other hand, é outra história completamente. I might have proudly placed myself in the category of speaking Portuguese fluently, but brave enough to write in this language? Maybe an e-mail or two, but certainly not a blog!