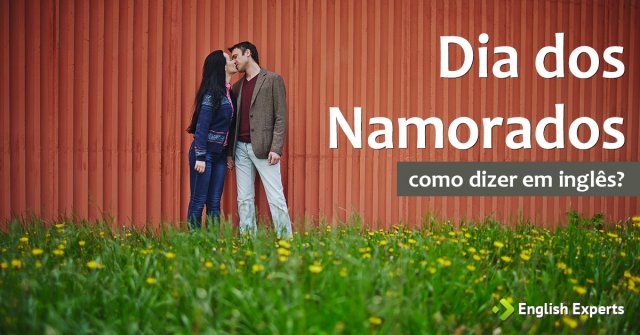 Vitor Rabbit 06 Jun 2008, 15:23
Valentine was a priest during the early roman empire. And he used to conduct marriages against the orders of the Emperor Claudius, who believed that single soldiers fought better. If the text that I read it's not mistaken, the americans celebrate their crucification date.

Anyway, it´s kind of accepted in English-speaking countries (at least when you are explaining to people there and sometimes it spills to the medium as well).
In this vein I see Denilson Lima having no qualms about it, correctly so.

The British being particular (meticulous some would say, overzealous others would think) about their English language) would have a more rigorous tack, as they let show in newspaper and periodicals (even tabloids):

https://www.youtube.com/watch?v=YdwOL08NfxQ
Why does Brazil celebrates Valentine´s Day on June 12?
But then, as they have some British journalist and translator (with experience and living in Brazil), they also explain afterwards:
That’s because the Brazilian version of Valentine’s Day is celebrated on June 12 – February 14 is a date that means very little to Brazilians.

The Sun, on its part goes:
https://www.thesun.co.uk/fabulous/65102 ... elebrated/
What does Dia dos Namorados mean?
When is Brazil’s lovers’ day?
It’s on June 12 on the eve of Saint Anthony’s Day on June 13.
Brazilian’s believe this Saint blessed couples with prosperous marriages and there are many legends about him being able to reconcile couples.
They also have a different date from February 14 so that it doesn’t clash with the Rio de Janeiro carnival.

It also explains that it applies to (or can be celebrated by) virtually anyone. For instance, "someone in a relationship, someone dating (even if he or she met the person the day before June, 6), to the ones in the wedlock, the married ones, etc.
A girl once gave herself a gift (even though having not a date, a boyfriend or being in a relationship), but she considered that she was in a relationship with herself. That is, she fell well about herself - a harmonious relationship, period.

As always, the British are accurate, but one will understand one way or the other.
Votar 0

Although I'm not British (I'm Irish), I probably share, what you call, their "overzealousness" about the use of the language.

As there's no other adequate translation for "Dia dos Namorados", maybe you're right: I'll just have to go with "Valentine's Day". Although, coming from an English-speaking country, it will probably never sound right to me to say, "Happy Valentine's Day" on June 12.

Get over it. Right?
Votar 0

PPAULO 49735 •6 •42 •899 Top Posters - 17 Jun 2019, 14:24
@Jerry and Donay. I understand the two p.o.v. And when in Rome (U.K.- Ireland I would use the language used within them.
In the U.S I think they are more casual about it (for the lack of a better word here).
Indeed I know that is not about being the right term (or wrong), sometimes a certain relativism with language is allowed, depending on which place one is going or living.
That is not to say that I know the British language well - or the English language in genera. I know only a small amount of it.
If I had to travel to the U.K. I would be struggling a lot with the pronounce, different words to the same meaning, and other characteristics of language/accent.
To me both words would be acceptable (and they are - depending on which side of the pond), but then I had to warn the learner that there is such particularity.

Bryan Philpott 2330 •8 •63 Native Speaker - 17 Jun 2019, 22:02
In the US, most of the people celebrating Valentine's day are not strongly Catholic/Orthodox, and do not associate anything religious whatsoever with the day. And even Catholics, at least at my parish, did not seem to blend the celebrations too heavily, besides perhaps a themed homily the Sunday before or after.

Valentine also became a noun own terms: "Won't you be my Valentine?" And this in itself may not always translate perfectly to Portuguese as "namorado", but for naming the holiday itself is more than adequate...the underlying corporatism, the underlying dread of forgetting a present or flowers, the underlying stories and memories, and giddiness...all this is wonderfully translated.
Votar 1

PPAULO 49735 •6 •42 •899 Top Posters - 18 Jun 2019, 19:21
In Brazil what I see is that it is not necessarily blended with Church services or something related to it, mostly so.
But there are some parish which the Church is "dedicated" to a given saint.
So let´s pick, for instance, Santo Antonio´s Church, it would be taken by storm by the faithful to thank the saint for their marriage, or by bachelors that would go to make a vow (so they will marry) and promise to do something in return or to do prayers, etc.
So, the Father in such churches will certainly celebrate that day.