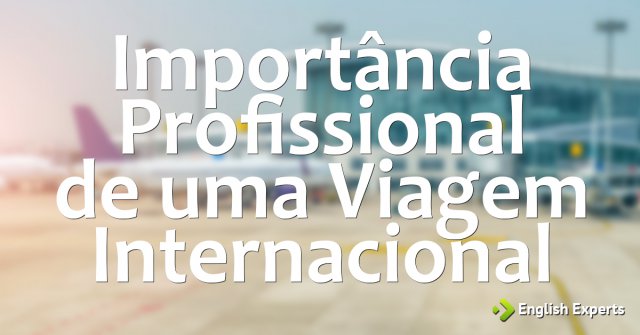 PPAULO 56020 •6 •43 •1005 Top Posters - 24 Jun 2018, 18:13
Well, not trying to be a wet blanket here, but...
Redseahorse pointed out something that is really worth noticing, the experiential learning.
Since we are in a world in which there are students that go on vacation to Miami and talk about it as if they were going on weekends to grandparents´ house and they read the in-flight magazines as if they learn Brazilian magazines (in Portuguese, I mean). That applies to other English-speaking countries, and to the speakers of other languages as well. There are Brazilians everywhere, and people of other countries everywhere in Brazil.
It´s a stretch to think about a month trip as enriching and broadening the academic horizons to the point of dealing with them. I mean, to pass on knowledge about culture, the mores of English-speaking countries, difference in accents, grammar minutes (like similarities and differences between the English of the US vs that of the UK).
Only to mention some of it, but then I agree again with RedSea, it boils down to the skills of the teacher wannabe and the employer needs. One thing is plausible: that the candidate will be assessed (and his skills) against some selection criteria.
At least an interview could lay in store for the applicant, in which (for example) someone (or a panel of educators) could put out questions like "Let’s pretend it’s almost the first day of school and you are a teacher. How would you prepare your classroom?".
Of course, there are English schools and English schools. So, I am not the one to generalize, this is just for discussion´s sake, after all. Let´s wait for further comments.
Votar 1