Do you remember that chorus? 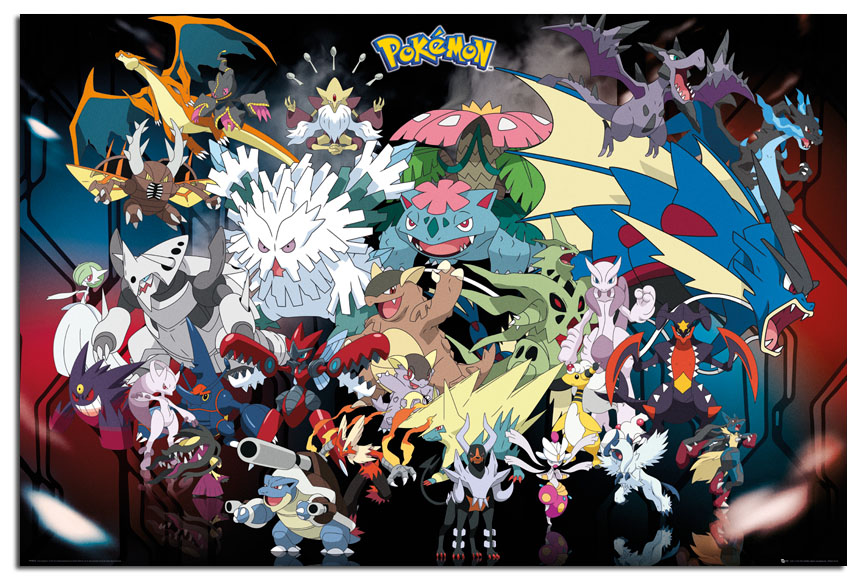 Who could ever imagine that the Pokémon series would be one of the most successful anime of all time?
And everything started on February 27, 1996 when a trio of quirky creatures, Bulbasaur (Bulbassauro), Squirrel (Squirtle now) and Chamander were presented as a game development by Game Freak studio.

If someone says "Pikachu" nowadays, someone will certainly answer with "Gotta Catch 'Em All"!
That's the English slogan for the franchise.

Yes! Pokémon is a franchise developed by Satoshi Tajiri (田尻 智 Tajiri Satoshi), a Japanese video game designer, director and also one of the founders of Nintendo game company. He is actually the President of Game Freak. As a fan of arcade games, Tajiri claims that his childhood hobby, insect collecting, served the inspiration to create Pokémon Red and Green - released as Pokémon Red and Blue in the Western - a pair of video games for the original Game Boy handheld system that were developed by Game Freak and published by Nintendo on February 27, 1996.

Tajiri was born on August 28, 1965 in Setagaya, Tokyo, Japan and his alma mater is Tokyo National College of Technology. According to Tajiri, Pokémon Red and Green versions took six years to be completed, which allowed people of all ages to catch, train and trade special and cute creatures and so become a Pokémon Master. Tajiri and his teamworkers renovated Nintendo's handheld gaming and then he changed his role to an executive producer.

In the two decades since, the Pokémon series has soared to become second in record-holding franchise sales only to games starring Nintendo’s indefatigable mustachioed plumber, Mario. Pokémon became a case to be analyzed by academic experts. In 1999, one of the most prestigious magazines of the world, Time published some news regarding on Tajiri's masterpiece. Pokémon soon became a media mix franchise adapted into various different media with more than 346 million copies sold, one billion mobile downloads, one of greatest anime hits of all time with over 20 season and more than 1,000 episodes in about 169 countries, a top-selling trading card game with over 28.8 billion cards sold, etc.

What is the secret to Pokémon's success?
Why the Pokémon TV show is the most successful adaptation of a videogame ever?

As you may have noticed, I am really into Pokémon franchise! And you?

Just for curiosity, Pokémon is an abbreviation of Pocket Monsters. I have no idea who Satoshi Tajiri was when I was little and how he came up with that idea of keeping monsters into a pokéball. My first brush with Pokémon came when I watched the 16th episode Pokémon Shipwreck on Eliana & Alegria, a defunct children's program from Record TV in Brazil. The teamwork of the characters was so incredible that I was moved, and then I realized one of his secrets to transform Pokémon into a great hit. The message was clear: cooperation - which reminded me about those important messages left at the end of She-ra and He-man cartoons, but in a different way. The way those messages were broadcasted by the anime is priceless even nowadays.

First of all, Tajiri and his colleagues managed to change our fear of insects or other animals into a fun and entertainment by creating cute and powerful creatures. Some known them better by the trading card game; others, the anime. Another secret is related to the respect to the television content rating system. As far as I know, Japan doesn't have an official censorship standard which TV networks must strictly follow. I am positive the closest thing Japan has to a rating system is Eirin, which is for movies. However, Pokémon's co-producers prefered to follow it strictly in order to avoid troubles in the other countries, especially those which has a complex government system.

The main purpose of Pokémon is to help people to have fun through Pokémon battles. If you lose, you should blame yourself for ignoring the basics of a Pokémon training. When I researched about Tajiri's career, I realized he decided to take care of the basis of Pokémon foundation and then improve it dividing the management of Pokémon franchise into a company where the shares is divided by three other major companies, Nintendo, Game Freak and Creatures - the latter is also a Japanese video game development company.

The result was a Japanese company responsible for brand management and marketing of the Pokémon franchise. Its name was very creative. Simple and clear. The Pokémon Company (株式会社ポケモン, Kabushiki gaisha Pokemon), which was founded in Tokyo through a joint investment by the other three previous businesses in 1998. In October 2000, they adopted the moniker Pokémon Ltd, but even nowadays, Nintendo is the sole owner of the trademark in other countries.

Another reason regarding on Pokémon's hit is related to the plot itself, which is centered on the fictional creatures called Pokémon. In every story of Pokémon media, humans, who are known as Pokémon Trainers, must catch and train the cute monsters to battle each other for sport; however some Pokémon are extremely rare and that makes the series more realistic because it is similar when we need to find an animal which is about to be found or just to protect an endangered one.

Although some critics consider the art of Pokémon a facelift, for better or worse, it is impossible to deny how much the English themes are moving and also easy to known by heart. The vocabulary is intended for children and young people, especially because of the soft message mixed to rock and pop.

From a simple hobby to a cultural phenomenon.
From a game to television.

So whether you played Pokémon as a kid or have never seen Pikachu in TV or at movies, there has never been a better time to say: ♬ Gotta Catch ‘Em All, Pokémon! ♬.

There is a lot to do and we won't miss the opportunity to study each one of the Pokémon songs next time!
No doubt!

If you want to discover the mysteries of Pokémon franchise, you might want to visit the websites:

(1) The Official Pokémon Website (in English).
(2) The Pokémon Company (in English and Japanese).

That's true. We all have to rise to the challenge, especially now.

Keep up the good work!
Votar

(1) Johto is the name of a region in Pokémon fictional universe. The third season of Pokémon series is called The Johto Journeys in Western countries and follows the adventures of the ten-year-old Pokémon trainer, Ash Ketchum (Satoshi) and his electric mouse partner Pikachu as they collect gym badges in the Johto region so they can compete in the Johto League competition. In the same universe, the word Master is capitalized because it describes a title or position which many Pokémon trainers want to achieve.

(2) The expression Do! Do! Do! is an example of ostinato, a piece of melody, a chord progression, or a bass figure that is repeated over and over as a musical accompaniment. In English grammar, we often use the verb to do instead of repeating all the words in a clause. Instead of repeting live in a whole new world! or live in!, we use do in the Imperative mood, expressing the idea of a request or a command.

(4) Gonna is an informal way to say going to.

(5) The expression to step up the ladder is a synonym of the idiom to climp up the ladder, which means to become increasingly powerful or successful.