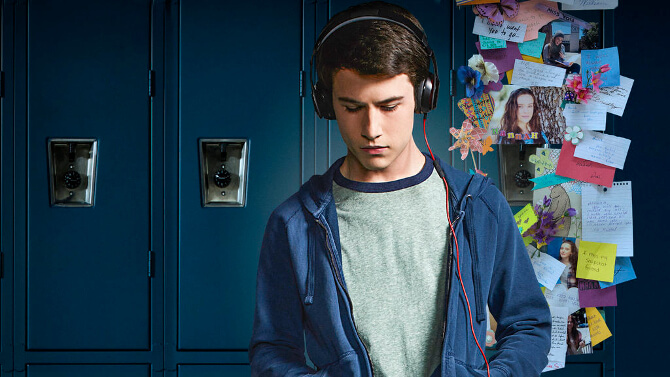 But back to the crux, somehow the 13 whys would be the set of events which led to Hannah Baker suicide. According to the accounts that were in thirteen letters sent to 13 people (that happens to be her friends -cough cough..., colleagues).
So, thirteen people were to blame for the tragic event, according to the author of the letters.

Ah, in this case it was better to say "13 reasons" because they were 13 different "whys", thus the concept here is different of the one that have to do with "techniques/system".
Plus, the "whys" are separate but interwoven as well.

One tip about learning:
Try to compare our grammar with that of English, but try to tell one of the other. I mean, see the similarities but beware the misleading that comparisons may create.
There are some important differences between them and the reasoning that works to one doesn´t necessarily works to the other!
Votar 0

PPAULO escreveu:So, thirteen people were to blame for the tragic event, according to the author of the letters.

Actually, she made tapes, not letters hahah
And I don't think she blames the 13 people for killing herself. She talks the "little actions" are like a butterfly effect, a snowball that drives her to do that ( being the 12 reason the most overwhelming one ).
But, looking your phrase, why do you say "people were to blame" instead of "people were blamed"? Is the second phrase incorrect? Hahahah

I don´t dispute the domino/butterfly effect, but indirectly this may (or may not) be indirectly one way to point the finger of blame on them. Obviously, it may not as well, she could be just trying to point that they don´t do what they did in the future, since it seemingly had serious consequences (but then, no hard feeling on part of Hanna Baker, perhaps.)