(1) Hikaru Utada (宇多田ヒカル, Utada Hikaru) was born in New York, US on January 19, 1983. She is fluent at Japanese and English. Simple and Clean is the English version of the pop folk song Hikari (光, light), which was recorded at Bunkamura Studios in Shibuya, Tokyo. She is best known by international audiences for writing and producing four theme-song contributions to Square Enix and Disney's collaborative video game series Kingdom Hearts.

(2) Although the original version of the song is about mysteries in life and human activities, the English version is more related to a couple's plans for the future. Utada's father, Teruzane Utada and their friend Miyake Akira were responsible for the production and arrangement of the song. Russell McNamara, under the alias PlanitB, created the single and the remix versions, which were used as the official theme song for the 2002 action role-playing video game Kingdom Hearts, the first game of the series and appeared on its original soundtrack respectively and also in other games of the franchise. 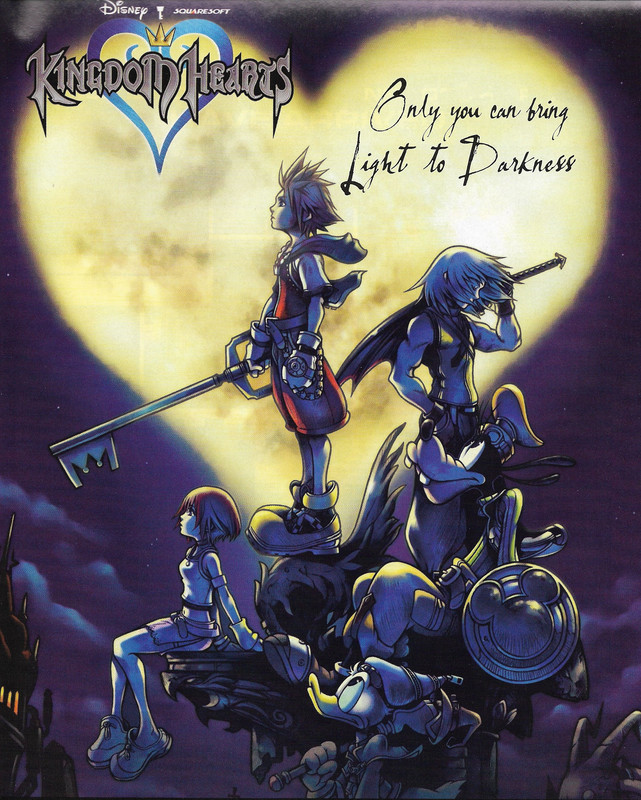 (3) Kingdom Hearts is a series of action role-playing games developed and published by Square Enix in collaboration with Walt Disney Company, under the direction of Tetsuya Nomura, a longtime Square Enix employee. The series is a crossover of several Disney properties and also Square Enix properties, such as Final Fantasy, The World Ends With You, and Einhänder, although the story of Kingdom Hearts is based in an original fictional universe.

Sora is joined by Donald Duck and Goofy to stop an evil force known as the Heartless from invading and overtaking the universe. He is the main character and experiences many perillous adventures with other Disney-Pixar characters. The primary plotline of the series sees Sora and his friends clash against the multiple incarnations of Xehanort, the primary antagonist. During his adventures, Sora meets Naminé, a misterious girl who is very similar to Kairi, his best friend.

(4) To walk on water is an idiom, which means to perform an impossible or godlike task. It cames from the Bible. According to the Gospels, Jesus Christ walked on the Sea of Galilee to rejoin his disciples, who had departed ahead of him in a ship. When he reached the ship, the winds that had been blowing stopped, and the disciples worshiped him as the true son of God.
______