For Whom Did Brazilians Vote Abroad?

Henry Cunha 3 18 183 Expert Member · 04 Nov 2010, 04:33
I have listed below several countries, in geographical blocks, along with the number of Brazilians who cast a vote for either Dilma or Serra. Can you guess who won the vote in each country? After making your selections, check http://eleicoes.uol.com.br/2010/raio-x/ ... do/2turno/ for how well your guesses have turned out. 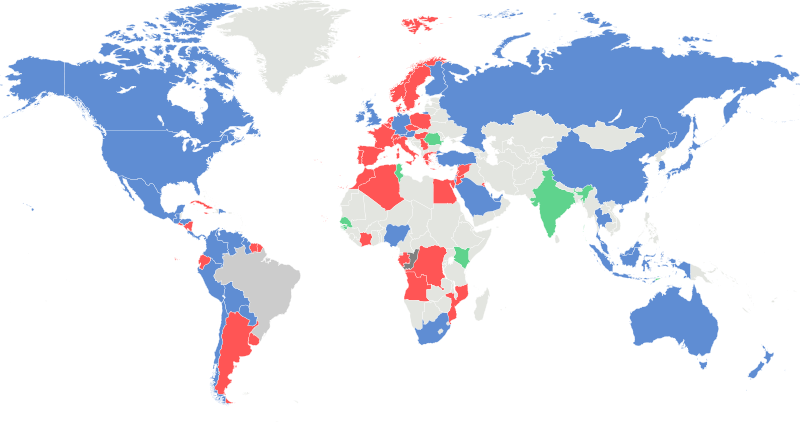 Henry Cunha 3 18 183 Expert Member · 04 Nov 2010, 14:08
Adriano, one thing I think the data confirms is that it is wealthier Brazilians who go abroad, or live abroad, and this is the class that prefers the PSDB over the PT, so the results seem self-evident. Still, it's a bit curious that the results for Denmark aren't similar to Germany, for instance, or for Chile and Argentina. A more difficult thesis to defend might be that Brazilians abroad adopt the political leanings of the countries where they choose to live.

As for Japan, I suspect the Brazilian contingent there has decreased significantly over the last ten years due to unfavorable economic conditions.
Votar

BrunoCosta Top Posters · 04 Nov 2010, 22:50
I am just surprised at how many brazilian in Europe voted for Dilma.Whatever,you know.
Votar

Flavia.lm 1 10 96 Expert Member · 05 Nov 2010, 01:28
I have a friend in France who became Lula's fan. That's why I said I was not surprised by the results in Europe. The marketing campaign was really effective there.
Votar

PS. Dilma is of Bulgarian ancestry. This may explain Romanian antipathy to her.
Indonesia? Probably something related to East Timor.
Votar

Flavia.lm 1 10 96 Expert Member · 05 Nov 2010, 10:44
It was shown in Fantástico last Sunday that Dilma intends to visit Bulgaria after she takes on the post (assumir a presidência - tá certa minha tradução?). As far as I know she never visited Bulgaria after coming to Brazil. But we know how essential it is for the Brazilian president to visit such a country; I totally agree she must set this visit as a priority and make this trip as soon as possible - paid by us, of course.
Votar

When Dilma takes office [tomar posse] in January, she will have to decide whether... [forestjustice.org]

Henry Cunha 3 18 183 Expert Member · 05 Nov 2010, 18:20
Just to note that Dilma was born in Brazil, and to my knowledge has never been to her father's native country. Is it not the law that a president must be native-born? Or can a naturalized Brazilian run for president?

(Totally as an aside, Bonar Law, a Canadian-born Brit became prime minister of the UK early in the last century. Conrad Black, a Canadian-born entrepreneur -- presently facing a jail term in the US for business malfeasance -- gave up his Cdn citizenship to become Lord Black of Something-or-Other and sit in the British House of Lords. I wish they`d take a few other Canadian-born politicians off our hands...)
Votar

A question you could post on the section 'Perguntas e Respostas' em inglês:

Who did you vote for in the presidential election? Why?