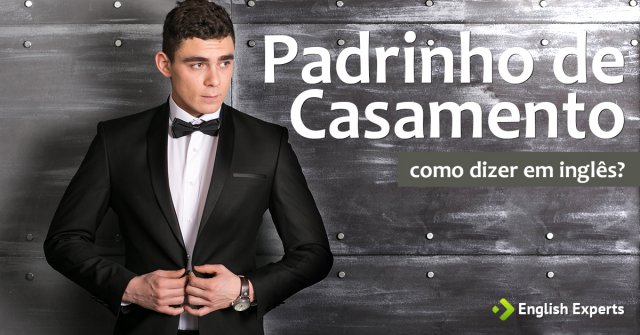 Exemplo: When a man in the UK was asked to be the best man at his friend's wedding, he was touched.

I came across this page while looking for a way to say "padrinho" in Portuguese. It's a little complicated, because the wedding customs are different in the States. This is how it goes...

The bride has several bridesmaids who stand in support of the bride. Her best friend stands beside her and helps her, and is called the maid of honor.

The men who stand on the grooms side are called groomsmen; and his best friend, who stands beside him and assists him, is called the best man.

So how do you say "padrinhos" in the Brazilian sense, meaning couples that go in and stand together in support of either the bride or groom? I am still not sure. It wouldn't be "godparents", because that is related to Catholic baptism, not weddings.

Doing some research on the Internet, I found that padrinhos are commonly used in weddings in Mediterranean countries, too, and they are commonly called "wedding godparents"; so I guess that is the correct term. Of course, you will have to explain what that means to people in the U.S.

I guess another term could be "wedding sponsors", which is the way padrinhos seems to be translated from some Spanish-speaking countries.
Votar 2

PrincessPolly 15 09 Fev 2011, 17:43
And in the USA, what are the most common expressions americans use for the term "Padrinho de casamento"? I´m curious to know.Thanks.
Votar 0

As I recall, the "best man" is in charge of the ushers (the men who help seat the guests), he plans a "bachelor party" for the groom, often plans and carries out practical jokes on the newlyweds, etc. The female equivalent is "the maid of honor" if single and "matron of honor" if married.
Votar 1

PPAULO 53835 •6 •42 •967 Top Posters - 04 Ago 2014, 21:07
In Brazil is usual the inviting of at least a couple of people, married or not, to undersign the marriage certificate. They are the marriage witnesses, and shall be over the age of 18. Maybe in recognition for that action, they are named "padrinhos" in Portuguese.
I think this is the sense here.

Obviously, the "padrinho" can be used in the sense of "sponsor" as well, depends on the context. Perhaps a guy that is paying for the cost of the marriage, and certainly is being invited to be a special guest and witness at that day.)
The usual way, though, is the first sense.

Same happens, to the witnesses that undersign a birth certificate, or a baptism in the Catholic church.
In some regions, a "padrinho" is expected to financially help their godsons/goddaughters or at least give some gift. To the ones that are witnesses at the church are expected to be a model role. And to follow the child in his education, mainly the religious one.
Votar 0
MENSAGEM PATROCINADA Uma entrevista de emprego em inglês é sempre um momento de nervosismo, aqui o que conta é a preparação. Faça o download do guia da English Live e aprenda a estruturar seu CV, o vocabulário apropriado e mais.