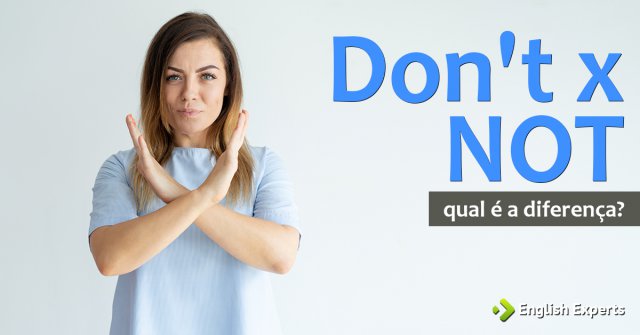 Not is just when you aren't using the verb to do. That is a brief
explanation. Someone else can give a more detailed explanation.

Para ficar mais claro:
Não use DON´T com os verbos TO BE e TO HAVE, ok?

We do use the word don`t with the verbs to be and to have.

I don`t have a car.
Eu não tenho carro

A question from Batchazi:
Thank you in advance for letting me know which is the right form between ‘I haven't’ and ‘I don't have’. I sometimes hear the second form, but I don't know why they don't say ‘I haven't’. Thank you very much.

It's important to remember then that ‘have’ can be a main verb or an auxiliary verb. If it's a main verb you need another auxiliary to support it, such as ‘do’. ‘Do you have a new car?’

When it's an auxiliary verb it's helping another verb – ‘Have you got a new car?’ But please try to avoid – ‘I haven't a new car.’

Thanks in advance!
Votar 0

A opção "you have not a car" não é adequada nos dias de hoje, e nem "you haven't a car".