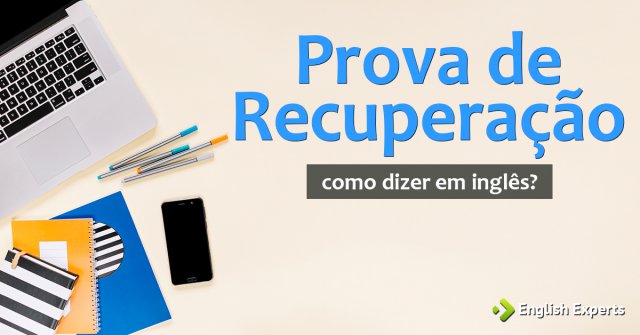 Retake/resit (British English): an examination or test that you take again because you failed it. [Longman]

"What is a Retake Test? A retake test is an alternative version of a test. It provides students with a second opportunity to demonstrate what they know and are able to do." [www.d41.dupage.k12.il.us - Hadley Junior High School]

Retake means that you have done something once and must do it again. For example, if I failed and was given a chance to take the test again. [Wordreference - USA]

But there´s no equivalent term there, so you would have to explain that is a test similar to the "compartment" examination the use in Secondary school in India.

In practice is an extra/additional test to give a second chance to one that failed the first attempt (not exactly the same test topics - same questions and answers - of course.)

In case his average is 3.8 not 6, he (almost) failed...but then, no!
In the eleventh hour, say a fortnight (two weeks) to the academical term be finished, and all that four exams taken he might cram up everything he studied along the year and...
Take the "extra/second chance test/additional test"

His scoring mark to pass must be:

I simplified things a bit, some schools sum up exams and weekly tests (then divide into 2), others might add points for behavior or participation in class etc.
Votar 0

PPAULO 54840 •6 •43 •983 Top Posters - 25 Jul 2013, 17:17
I take it that "retake" is slightly different of our "recuperação", it simply means that you can reapper to sit a test. Example of that is the Detran driver theory and practical test, you may retake it whenever you wish, provided that lapsed 15 days or so and that you pay the designed fee.
So, these tests that don´t "promote" you like in schools or universities, you may pass but you don´t fail in a definite way.

Granted, there some retake tests that you can sit for better you performance, that is, if you got a lower score than you wished or expected, for example if
You scored 98 out 100 but you are a perfectionist. So, you ask for a retake, so
If you get that 100 you are happy with it. However, if you get 80 in your new test, they opt for letting you with your previous mark (98 here).

As in our GED (supletivo), one can sit one test and try his luck next year for a higher mark (again if he is a perfectionist or fell ashamed of being a 5.0-score-average guy)

All in all, we have close meanings here but the notion of "recuperação", as per Brazilian ways, needs further clarifying when talking to an American citizen, I think.
Votar 0

Sra_Tradutora 3340 •6 •75 Native Speaker - 26 Jul 2013, 07:37
Rakell, I only know about the Quebec education system, which is different from the education systems in the rest of Canada and the USA. I've never retaken a test or known anyone who has, however, so I don't know much more than you do. From what I've read, I think the remedial classes are recommended but not mandatory in the U.S.
Votar 0

caiofbpa 26 Jul 2013, 10:49
Here in Britain the term resit has the same meaning as prova de recuperação, so students who failed some modules take resits as a second chance to pass.
Votar 0

caiofbpa escreveu:Here in Britain the term resit has the same meaning as prova de recuperação, so students who failed some modules take resits as a second chance to pass.

Yes, this is confirmed here for Europe: as well as my suggestion that it likely doesn't happen in English North America except under special circumstances: iroincomingsbe.
Votar 0

Judy Friedkin 780 •2 •22 Expert Member - 05 Jun 2019, 15:54
It is a normal occurrence to take a "make-up" test. If someone is absent when the test is given , the teachers give a make up test. As far as a retake test, in 35 years of public school teaching, I have never heard of a "retake" test. There may be some teachers who give them but I think it would be very rare. If you fail the test the first time, we don't give you another test to try to do better the second time. I am talking about tests in school, not a driver's test or something like that. Sometimes if a student is failing or has a very low grade, we may give him an extra-credit project to do to help his grade. I taught high school. It would be very inconvenient for a teacher to give retakes. He would have to grade the 1st test, then make up a second different test and find a way for the student to take it where he could not be alone and have a chance to cheat and then regrade it. There could be many students who would want a retake. If I had a lot of students fail a test, I would curve the grades but not do a retake. It would be twice as much work for the teacher because the student didn't study the first time. If a student felt sick before a test was given, I would not make him take the test, but the student would have to take the test before I gave the test papers back and I might change a few questions. However, giving re-takes is not often done here as far as I know. I know I wouldn't do it. The meaning of the term in English is correct as people have explained it. I am just adding a cultural note.
Votar 1