What is your favorite park and why? 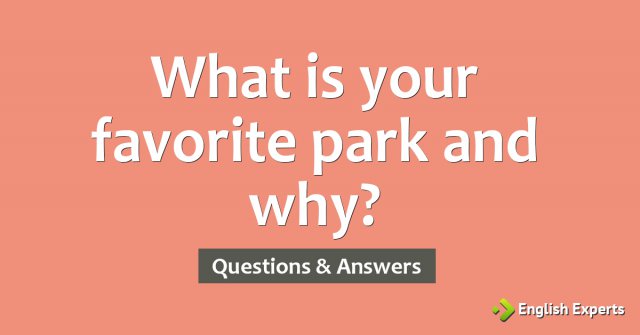 I've already had the chance to go to Ibirapuera, Parque Villa-Lobos and some other parks around Sao Paulo. But to be honest the one I love most is Parque Regional da Criança, in Santo André, where I spent most of the Sundays mornings of my childhood. It has a labyrinth, a tree house, an enourmous slide, a lake and a place for picnics. Very nice memories about that place!

w.slayman 110 Native Speaker - 12 Jun 2010, 19:03
OK I will go first, so be prepared for a long answer, because the park streches for over 160 miles (over 255 KM) along the northern coast of the Gulf of Mexico, stretching from Florida to Mississipi.

The U.S. National Park Service manages the Gulf Shores National Seashore, which is actually twelve seperate relatively small units or parks within one large system encompassing almost 500 square kilometers. http://www.nps.gov/guis . The Seashore's heart and soul are the eight barrier islands with their sugar white sand beaches and the emerald color of the shallow water. The longest of of the islands is Santa Rosa Island, which is just over 74 kilometers in length, and has three of the twelve units. The most developed areas are the five units in and around Pensacola, Florida, where you can drive cars on paved roads to within 50 meters of the beach in some areas. The least developed areas are the five islands south of Mississippi, and are accessable only by boat.

Other attractions include the availability for close observation, of a wide variety of shore and water plants, birds, fish, mammals, reptiles, and two of the local favorites the sea turtle, and dolphins. A very interesting fact is that the islands are constantly moving from east to west sometimes a few inches a year sometimes hundreds of feet, and they are considered by some people to be a living thing. The barrier islands get their name from their location along the coast and the protection that they provide the mainland from storms especially hurricanes.

In summation the Gulf Shores National Seashore is a natural wonderland with something for almost everyone, and hopefully it will be around for generations to come.
Votar 0

Marcio_Farias 12580 •1 •23 •212 Expert Member - 28 Jun 2010, 11:22
One of Recife city's main public parks, "Parque 13 de Maio," used to see a lot of me sauntering into and out of it to watch the geese and all the little, white and brown marrecos swimming in the park's pond. At one given instance, I remember watching two territorial bem-te-vis fighting in mid-air. At another instance, some of my friends sat there while we swallowed each a pill of Artane, a medication only those with a failing heart would take. We evaded the cops as we walked out of there into the dark night. I never again got back there (1978), not after I quit smoking marijuana and stopped swallowing strange pills.

Caveat. These friends of mine have never had a heart failure in their life. But one of them died as his motorcycle crashed into the back of a 10-wheeler.
Votar 0

I've been to Golden Gate Park in San Francisco and it is enormous! One good option to see the entire park is to rent a bike or a segway.

But... In one of my last days in SF I went to Dolores Park, in the Mission District, and I just loved the atmosphere of that place. Besides, I wanted to go there because I really like the movie Sweet November (with Charlize Theron and Keanu Reeves) and it has many scenes filmed there, including the final one when she 'dumps' him.
Votar 0

I am very happy that you enjoyed your visit to the United States, and some of our parks. I have taken the liberty of giving some interesting facts about the federal system of parks and other protected areas.

In our federal system we have 392 National Parks, 155 National Forests, 100 National Monuments, 20 National Grasslands, and 10 National Lakeshores and Seashores. Of these 677 areas the largest covers over 69,000 square kilometers, and the smallest has only 500 square meters. These areas are found from Guam, in the Pacific Ocean, to Alaska, to the U.S. Virgin Isles in the Caribbean. The 155 National Forests are managed by the U.S. Forest Service and the remainding 522 areas are managed by the National Park Service, both services are subdivisions of the U. S. Department of the Interior.

Not included in the above discription are the innumerable state, county, city and neighborhood parks.

I would like to invite all my friends on EE to come explore and enjoy the parks of America, just as I do with the Brazilian parks when I'm in Brazil.

Egle 01 Jul 2011, 16:41
I'm Brazilian and born in Rio de Janeiro. I could say about Quinta da Boa Vista because there is actually beautiful place. However, the best park I ever walked isn't here. That is Natchez Trace Parkway around 3 states. There is a big park where we can see a bit of US history while driving around there or going into the trails. The Old Natchez is in the southeastern and my trip started in Nashville, TN. The park cross around Mississippi and Alabama and there we can see builds of the pioneers, water falls, old bridges, lots of birds and we get information about everything in each step in our trip.

Amazing because I discovered lots of things that I never could imagine there!
Votar 0

lucas.jien 10 26 Dez 2013, 15:34
I can only talk about Brazil. Well, Brazil is a graceful land thanks God! His vivacious nature is a lovable present from the skies. Amazing fauna and flora.
Parque Nacional do Iguaçu and Parque Nacional da Chapada da Diamantina are great examples of this natural treasure.
Votar 0
Responder