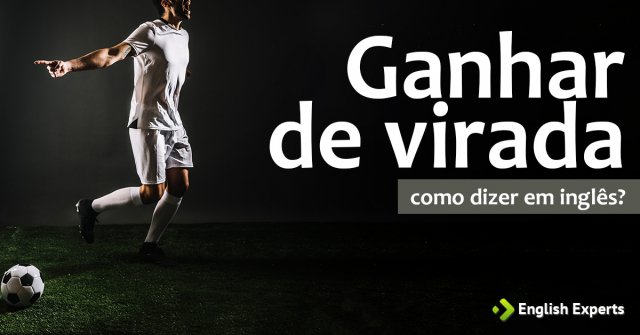 1. Come from behind to win
2. Turn the game around and win
Bons estudos.
Votar 0

Fightback: a situation in which you end by defeating an opponent who was winning before.
Votar 0

“For us to win today, coming from behind, and in the fifth game in 13 days, I really am delighted,” said O'Neill.(telegraph.co.uk)
"Para nós,vencer hoje de virada,e no décimo quinto jogo em treze dias,estou mesmo encantado,"disse O'Neill.

Choke (sports), a failure to win a competition after being expected to do so.

magnusmanrik 195 •3 23 Jun 2018, 20:02
Fightback: A fightback is an effort made by a person or group of people to get back into a strong position when they seem likely to lose something such as an election or an important sports match.

whereas fightback and turnaround would place the emphasis on the "turning the tables" per se. For example, the Liverpool game in which it was losing by 3-0 and then turned into a 3-3 result! Then a real comeback! Anyway, the words could be interchangeable in our example, and in others. So, you can deem my answer as a little soccer/football fan rumblings, albeit I don´t know much about it!

So let´s, for convention´s sake call "turnaround" - a virada/uma virada, and "comeback" - ganhar de virada. But then, I was the one made that convention, hee hee.

Liverpool's astonishing turnaround from 3-0 down to draw 3-3 and then triumph in the penalty shoot-out ranks as the greatest comeback in the history of the game.

Flamengo won the Copa Libertadores for the first time in 38 years with two goals in the last three minutes to come from behind and beat River Plate 2-1 on Saturday. (Reuters) and Thestar.com